People can go for years with digestive symptoms and never realize that they may be related to a gallbladder problem. That’s because they are so inter-related with other digestive symptoms. Constipation is one of the most commonly missed ones. The list provided here may be related to gallbladder but bear in mind that it could also be something else. The first four mentioned I feel are most indicative of gallbladder issues. It is not necessary to have all or many symptoms to have gallbladder problems but the more you have from this list, the more confirmation you have that the gallbladder is involved. Please note that it is still adviseable to consult your doctor for an acurate diagnosis. Gallbladder attack symptoms are listed below 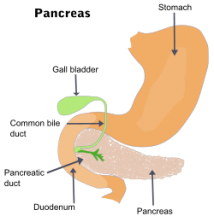 Please note that if you are in severe pain and particularly if your attack symptoms are accompanied by fever DO SEEK MEDICAL ATTENTION IMMEDIATELY. The following symptoms are typical of a gallbladder attack.